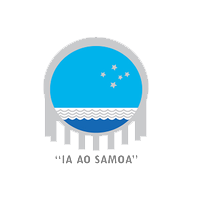 History of the School of Medicine

The establishment of a new medical school in the heart of the Pacific was envisioned by our very own Prime Minister of Samoa Honorable Tuilaepa Sailele Malielegaoi. His vision was made possible financially by a philanthropist from the United States of America, Mrs Taffy Gould who founded and established the Oceania University of Medicine in 2002. For 10 years, the first medical School in Samoa, the OUM, was the primary provider of medical training locally offering the graduate 4 years MBBS/MD programme and later in 2011 the undergraduate 6 years MBBS programme.

In 2012 OUM ceased its local operations and the School came under the leadership of a Transitional Committee chaired jointly by the Minister of Health Honorable Tuitama Dr Leao Talalelei Tuitama and the then Minister of Education Honorable Magele Mauiliu Magele. In 2014 following the recommendations from the Transitional Committee advising the Government on the future ownership of the medical school, the Cabinet in the FK (14) Fa’apitoa 03 directed the transfer of the OUM staff and students to the National University of Samoa (NUS).

In 2018, the FK (18) 29 directed that the NUS should start preparing SOM for accreditation.

The SOM therefore, is a Government driven initiative and is supported financially through the Ministry of Foreign Affairs and Trade (MFAT) for scholarship awards, and through the Ministry of Finance (MOF) for annual grants. Similarly, is the ongoing support from our partnering Universities and Institutions which includes the Ministry of Health (MOH), Oceania University of Medicine (OUM), Samoa National Kidney Foundation (SNKF), Samoa Family Health Association, Samoa Association of General Practitioners and Samoa Cancer Society (SCS), through teaching and research.

A research led medical school dedicated to embracing the lives of the people of Samoa and the Pacific through teaching, innovative research and responsiveness to the needs of the community.

To produce quality and competent medical graduates to meet the health workforce needs of Samoa and the Pacific.